ProactiveIT Ep 15 – Cheap IT Can Be Expensive This is the ProactiveIT Podcast.  This Week: The latest in IT and Cyber Security news plus Cool Advances in Tech, Do Acupuncturists Need HIPAA & Cheap IT Can Be Expensive

QOTW:  I own a break/fix IT business.  I was contacted by a physical therapist to help with some basic computer issues.  Is there anything I need to know about HIPAA before agreeing to help?

Average Cost To Recover From Ransomware Skyrockets To Over $84,000

Wawa Breach May Have Compromised More Than 30 Million Payment Cards

Topic 1:  Egypt’s building a new capital: Inside the smart city in the desert

HIPAA Corner: Naturopaths, Acupuncturists Do They Need to Follow HIPAA 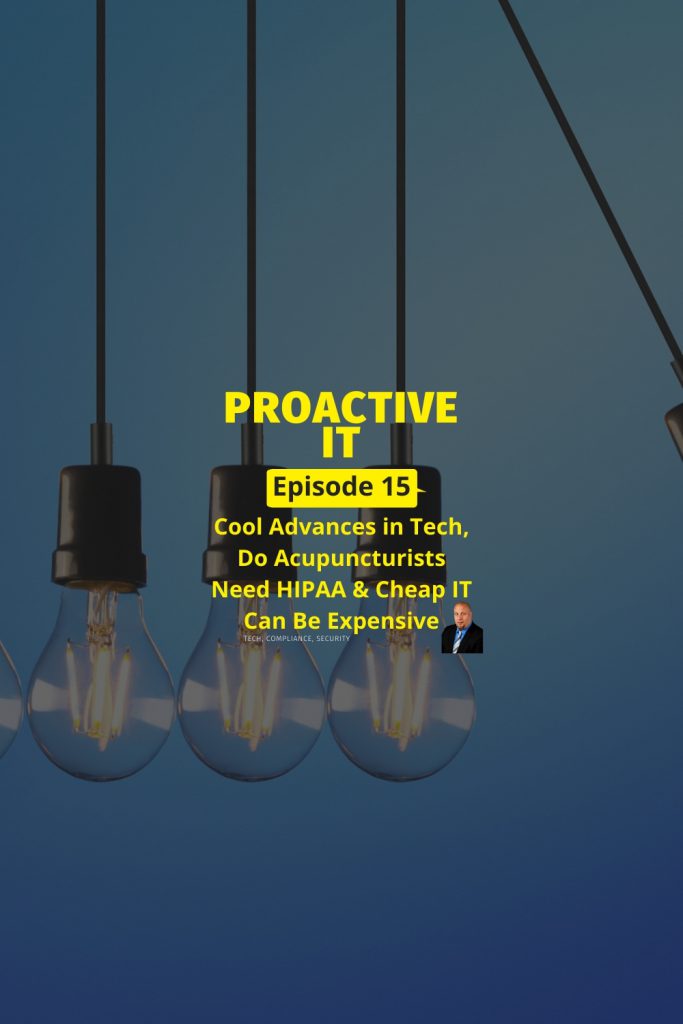