ProactiveIT Ep 13 – The NSA Is Playing Nice, Healthcare Data Breaches Will Cost $4 Billion in 2020 and What Does the FTC Have to Do With HIPAA

This is the ProactiveIT Podcast.  This Week: The latest in IT and Cyber Security news plus The NSA Playing Nice, HIPAA Settlement Review and some HIPAA Education 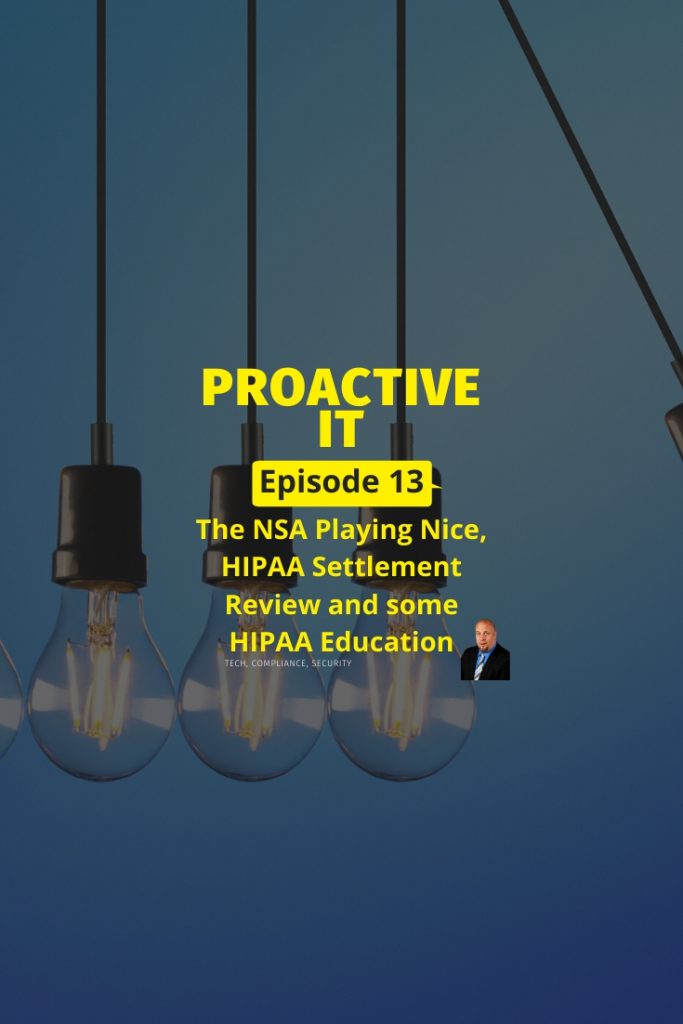