ProactiveIT Ep 24 – The Attack on Communication This is the ProactiveIT Podcast.  This Week: The latest in IT and Cyber Security news plus Securing Zoom, How Safe Are Other Collaboration Applications, and Email Continues to be The Way In.

Hi Everyone and welcome to the Proactive IT Podcast.  Each week we talk about the latest in tech and cyber news, compliance and more.  We also bring you real-world examples to learn from so that you can better protect your business and identity.

Topic 2:  Beyond Zoom: How Safe Are Slack and Other Collaboration Apps? 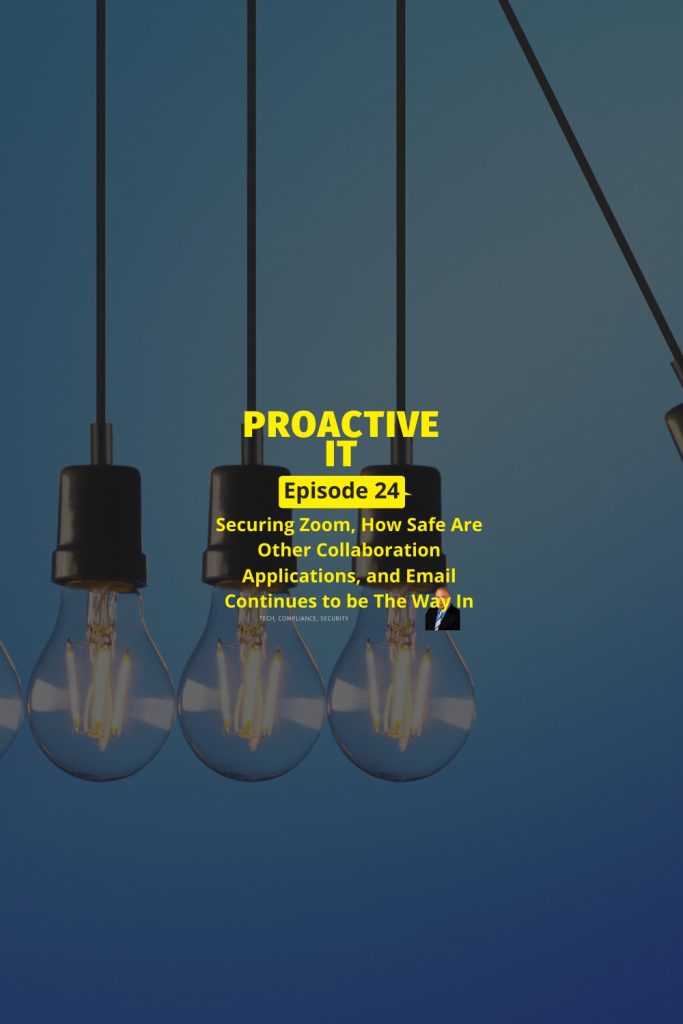