ProactiveIT Ep 14 – What is Emotet & How Can You Stop It?

This is the ProactiveIT Podcast.  This Week: The latest in IT and Cyber Security news plus What is Emotet, How Do You Stop Phishing & the HIPAA Breach Stats for 2019.

QOTW: a healthcare practice is trying to save money when it comes to IT.  They want to know if they have to use GSuite or O365 or if using a free POP/IMAP account is acceptable.

A timeline of events surrounding the Bezos phone hack

11 Steps to Mitigate the Risk of Phishing Attacks

Topic 1:  2 Options When the OCR Issues Guidance.  Listen or Pay 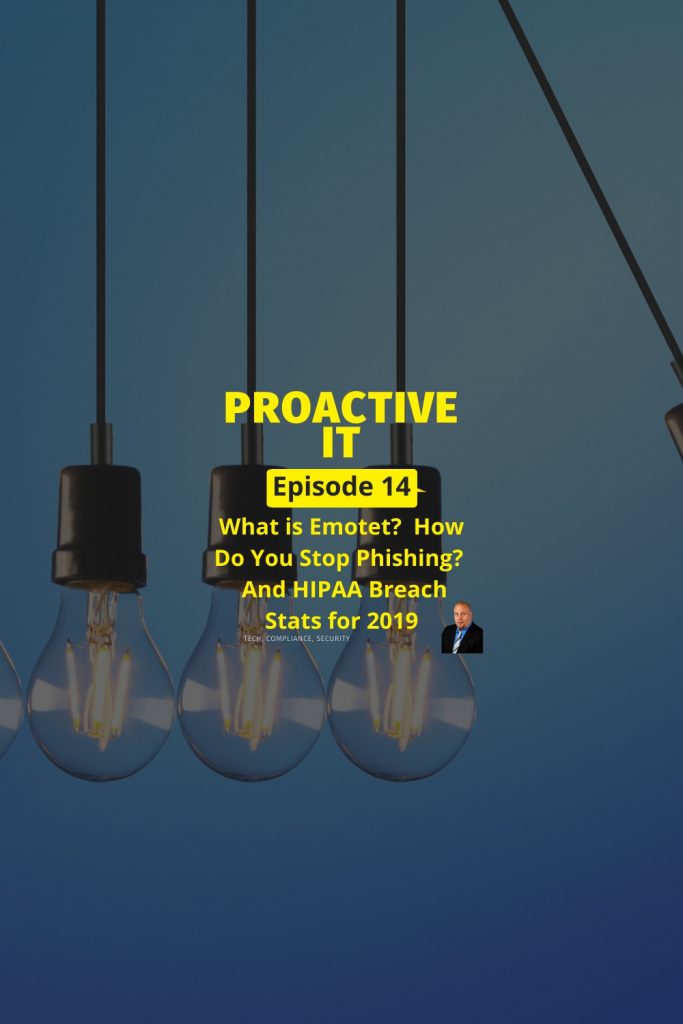